What is Cardano coin

HomeCryptonews What is Cardano coin
17.01.2023 by admin Cryptonews

Cardano is a blockchain platform that is built using a scientific philosophy and research-first approach. It is the first blockchain platform to be built on the Haskell programming language, and aims to provide a more secure and sustainable system for the development and execution of smart contracts.

Cardano also has its own native cryptocurrency, ADA, which can be used to participate in the network’s governance and to pay for transaction fees.

Cardano was founded in 2015 by Charles Hoskinson, one of the co-founders of Ethereum. The project began as an effort to create a more secure and sustainable blockchain platform, with a focus on research and a scientific approach to development.

Cardano’s development is overseen by IOHK (Input Output Hong Kong), a blockchain research and development company that was also founded by Charles Hoskinson. The platform officially launched in 2017 with the release of its Byron mainnet.

In 2018, Cardano released its Shelley mainnet, which introduced a new consensus mechanism called Ouroboros, and also added support for staking and delegation, allowing ADA holders to participate in the network’s governance and earn rewards for supporting the network.

In 2020, the project released the Goguen upgrade, adding smart contract functionality to the Cardano blockchain.

The project is now in the process of releasing the next upgrade called “Hydra” that would improve scalability and transaction processing.

Throughout its history, Cardano has focused on building a decentralized, open-source platform that is supported by a strong community of developers and researchers. The project has also made significant contributions to the broader blockchain industry, including the development of a new proof-of-stake consensus mechanism and the use of formal verification for smart contract development.

READ  What is Neo blockchain project

What is Cardano coin

Cardano coin, also known as ADA, is the native cryptocurrency of the Cardano blockchain. It is used as a means of payment on the network and also to participate in the network’s governance. Holders of ADA can vote on protocol changes and upgrades to the network, and can also earn rewards for supporting the network by staking their ADA.

ADA is created through a process called “minting” and can be acquired through purchasing on cryptocurrency exchanges, participating in a staking pool or through mining. The total supply of ADA is capped at 45 billion, with about 31 billion in circulation as of january 2021.

The value of ADA, like other cryptocurrencies, is determined by market demand and can fluctuate significantly. It can be traded on many cryptocurrency exchanges and can also be stored in a variety of digital wallets that support the Cardano blockchain.

Can Cardano be trusted

Cardano, like any other blockchain platform, is a decentralized and open-source project, meaning that its code is publicly available for anyone to review and audit. The project is also supported by a strong community of developers, researchers, and enthusiasts who contribute to its development and governance.

Additionally, Cardano has a strong focus on security and research-first approach, which has

led to the development of new technologies such as a new proof-of-stake consensus mechanism and the use of formal verification for smart contract development. These features aim to provide a more secure and sustainable blockchain platform.

However, it’s important to remember that no technology is completely foolproof, and any software or platform can be vulnerable to bugs and exploits. As with any other blockchain platform or cryptocurrency, it is recommended to do your own research and invest only what you can afford to lose.

READ  How to get Aptos (APT)

It’s also important to note that the value of ADA, like other cryptocurrencies, is determined by market demand and can fluctuate significantly. It is important to be aware of the risks involved in investing in any cryptocurrency and to monitor the market conditions closely.

Is Cardano a good investment

Cardano and its native cryptocurrency ADA have seen significant growth in value since its launch in 2017. Like any other cryptocurrency, the value of ADA is determined by market demand and can fluctuate significantly.

It’s also important to do your own research and stay informed about the technology and development of Cardano, as well as the broader cryptocurrency market.

It’s worth mentioning that investing in Cardano or any other cryptocurrency should only be done with funds that you can afford to lose and should be part of a diversified portfolio. It is also important to be aware of the regulatory environment and the potential risks associated with investing in a cryptocurrency.

As with any investment, it is important to carefully consider the risks and potential rewards before making a decision.

Where can I buy Cardano

It’s important to note that different exchanges may have different trading pairs available, meaning that you may need to buy Bitcoin or Ethereum first and then trade it for ADA. Some exchanges only support trading in certain countries, and some may require you to complete a verification process in order to buy ADA.

You may also want to compare the fees, security, and reputation of the exchange before you decide to buy ADA on a particular platform.

It’s always recommended to do your own research, compare different options and only use reputable platforms that have a good track record of security and customer service.

Not sure about Cardano? You can use WELLCOINEX to buy another crypto or exchange currency safely! 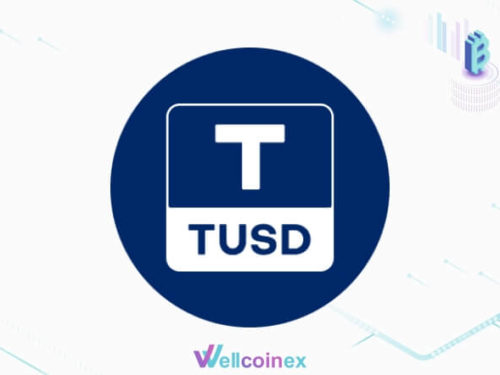 Can The Sandbox (SAND) be trusted